Despite the summer heat, snowflakes began to pour from the sky. Evangelical Christians across the country, desperately in need of a safe space, remembered their social media account passwords and yelled their concerns as loud and as far as caps lock could take them, claiming Teen Vogue is encouraging gender fluidity and sodomy. Which I mean, yeah okay that’s a fair assessment.

Last Friday, one outraged God Warrior even bought a copy of the issue to rip up and throw in her backyard fire pit for Facebook views. “These editors’ brains are in the gutter,” she said as she stares uncomfortably at the camera. “Now let’s put their sales in the gutter where they belong. Teen Vogue is garbage.”

Now, the magazine’s digital editorial director, Phillip Picardi, has publically replied to the outrage in a series of Tweets, claiming the response is rooted in homophobia and ignorance.

Read his thoughts below.

It’s funny, because I went to Catholic high school and had 0 sex education. I also had a teacher tell me gay sex was a sin in God’s eyes.

Fast forward to frosh year of NYU, me crying at Callen-Lorde Community Health Center, bc I’d just slept w someone who I found out was HIV+. The kind folks at Callen-Lorde taught me about HIV/AIDS, what it is, and how it’s contracted. They also told me to get tested regularly. They also explained the concept of HIV stigma, and that HIV and AIDS are two different things. And that HIV is not a death sentence. Then they taught me the importance of safer sex, and what I needed to know in particular as a gay man. I left a 40-minute doctor’s appointment with more life-saving information than I ever received in all my years of private school education.

You see, my Catholic school was guilty of endangering all of us by sheer omission of FACTS. EDUCATION doesn’t equal ENCOURAGEMENT. Multiple studies have shown abstinence-only sex-ed is linked to higher rates of STIs and teen pregnancies. TBH, it is IRRESPONSIBLE.

How can you possibly expect teenagers to practice safe sex if they don’t know what’s at risk? How can you expect young women to not get pregnant without access to reproductive health care?

The backlash to this article is rooted in homophobia. It’s also laced in arcane delusion about what it means to be a young person today. If I had today’s @TeenVogue and @VeraPapisova when I was a teen, I would have been so much safer and better off. Instead, I made mistakes that consisted of quite a few doctor’s appointments! But I’m ok!! But until queer sex, love, and families are included in education, we’re doing a dangerous and potentially lethal disservice to a growing population. Gen Z will be our queerest and most fearless generation yet. 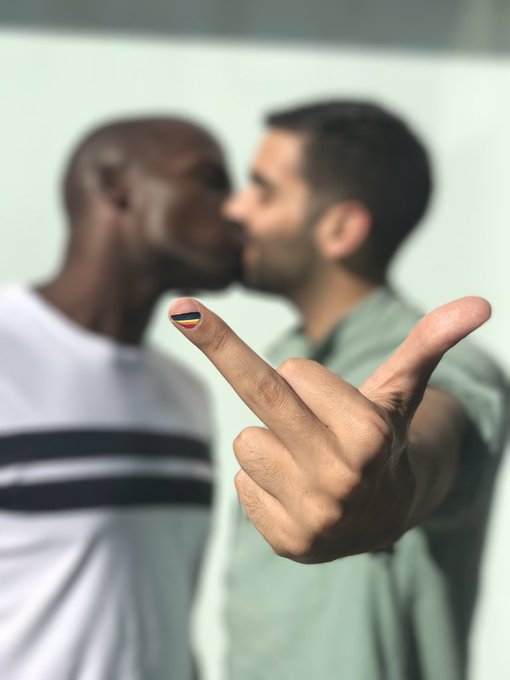