A historic new Australian research study into HIV has discovered the sexual transmission of the virus is prevented through treatment.

The groundbreaking ‘Opposites Attract Study’ provides evidence that antiretroviral therapy (ART) — which reduces the HIV virus to an undetectable level — prevents transmission between HIV-positive homosexual men and their HIV-negative partners. 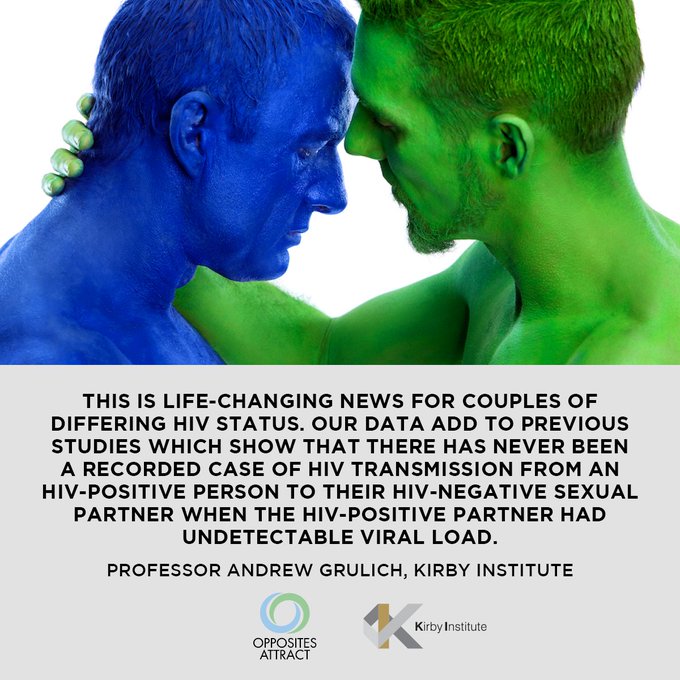 The University of New South Wales (UNSW) and Kirby Institute study, presented at the IAS Conference on HIV Science in Paris on Tuesday, tracked 358 serodiscordant gay couples — or couples where only one partner is HIV positive — from Thailand, Brazil and Australia over a four year period.

Despite the participants recording 17 thousand acts of anal-intercourse without a condom, there were no reported cases of HIV transmission between the pair. 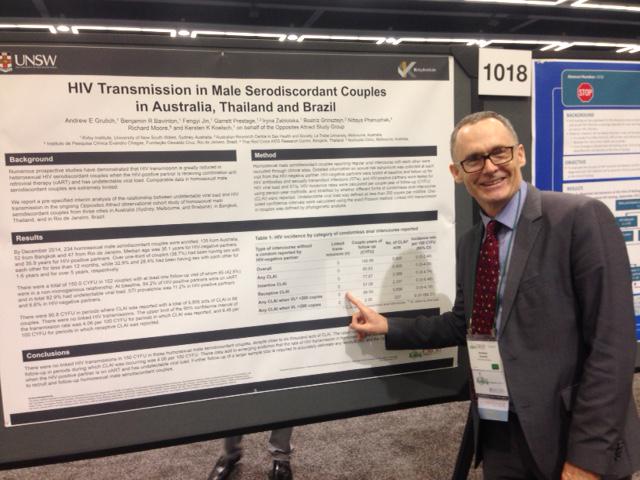 The HIV treatment works by suppressing the level of HIV virus, or viral load, within the patient’s body. After consistent daily treatment for six months, HIV viral levels are undetectable.

Professor Grulich said the results of the ‘Opposites Attract Study’ support previous studies that show “there has never been a recorded case of HIV transmission from an HIV-positive person to their HIV-negative sexual partner when the HIV-positive partner had undetectable viral load.”

The ‘Opposites Attract Study’ is one of only two studies focussed on HIV ‘treatment as prevention’ for homosexual couples. The PARTNER study is currently being conducted in the UK and Europe and preliminary results also showed there were zero HIV transmissions when the HIV-positive partner had undetectable HIV virus levels.

Nicolas Parkhill, CEO of the HIV and LGBTQ health service ACON said the Opposites Attract Study is “ground breaking” and this kind of HIV treatment is becoming more common for homosexual men across Australia.

“The results of this study are vital in confirming the effectiveness of this prevention method,” he said.

According to the Australian Federation of Aid Organisations (AFAO) there approximately 25 thousand HIV-positive people in Australia at the end of 2015.

Hey! My name is Jesse and I’m a 23 year old from Fremantle, WA. I’m finishing up my Diploma of Youth Work with North Metro TAFE, completing my last practical placement here with the YEP crew. I am extremely passionate about politics, advocacy and education and I’m so fortunate to be working with YEP in the space of peer education.